Angel Haze..New Comer to the Hip-Hop World and Already Making a Buzz!

Listening to rapper Angel Haze is effortless. It’s because she makes what she does look extremely effortless. She makes it seem like anyone can do it–but anyone can’t, and definitely not the way she does it.
Angel Haze raps in such a way that listeners forget that they are even listening to a song and not just the most riveting story they’ve ever heard. It’s not possible to listen to her and simultaneously reflect on her remarkable talent or the astonishing speed with which she doles out pieces of her mind. When she speeds up you’re just hanging on her every word faster, because, unless you have a incapacitating attention problem, you are not thinking about anything when she is talking. You are listening to the lady.
This 20 year old unsigned rapper has the kind of experiences in life that lead to an out-of-the-ordinary perspective. She can make claims (I’m putting all your careers in a custom made coffin.) and back them up instantaneously and with such smooth handling that you don’t have time to question her assertions no matter how dramatic.
For instance, Angel Haze is the self-proclaimed Justice League to hip hop, meaning she has multifarious powers.  The rapper states  I don’t have one style, I have many and each of them serve a different purpose. As an artist, I bring something refreshing and captivating to the table, I’m like a Gatorade commercial, just replenishing this dehydrated place
Her latest mixtape King showcases such a scintillating variety of flow that it kind of crushes any argument you might want to mount about that. It also shows off her fine singing voice, samples Jai Paul, and rescues the love rap from the bin of dusty clich.
Angel Haze is not ransacking the thesaurus or remixing pop culture references like hip hop is some kind of post-modern Scrabble game. The notable exception however,  is Jungle Fever, where she remixes Das Racist and matches them bar for bar.  Most of the time on this mixtape Angel Haze discusses waking life in the manner of a very old head, like: How do you make a difference and still say the same? A very astute question.
In an interview with urbansteeze.com the artist says that her influences consist of  Drake,Siddhartha Guatama, the struggle, the grind, the evil in the world, and the good in it too. Angel Haze said “Everything that inspires and keeps me motivated influences me” She also said that she would love to collaborate with singers Adele and Lykke Li.
This young lady is ill, and doesn’t hold back not one bit. She is really gong far, and it will only be a matter of time before she gets signed. Angel Haze is definitely one to watch out for in the New Year. I have a feeling she’s going to knock all the lady emcees out the box!
Check out her Facebook page at http://www.facebook.com/pages/Angel-Haze/182490322686?sk=info
Angel Haze..New Comer to the Hip-Hop World and Already Making a Buzz! was last modified: August 4th, 2012 by Bryant Morris
AdeleAngel HazeDas RacistdrakeHIP HOPLykke Li
0 comment
0
Facebook Twitter Google + Pinterest

There's something about the Hip-Hop lifestyle that moves me. I'm always interested in Up and Coming talent, whether it's a new music artist, or a new Model working her way to the top or even if it's someone working toward their Dream. I'm also a Graphic Designer and Web Designer working with different business and labels all over the Nation. I believe "Image Is Everything", visual impressions last forever, so make sure your Graphics are on point.

Dom Kennedy: West Coast Rapper with the Rhymes to Shine

Shawn Chrystopher: Bringing his own style to the Hip Hop Game 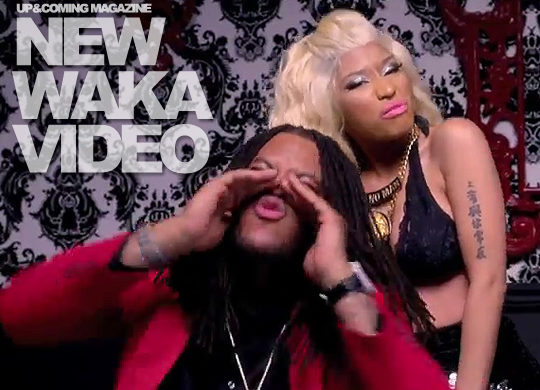 C HEN: ‘King of the Club Scene’ in Dallas